The Export of Kandahar Pomegranate has Increased by 10 Percent

Kandahar pomegranate, which is one of the famous fruits in the world, this year its export has increased by 10% compared to the last 10 years.

Pomegranate exports from Kandahar have increased by 10% this year compared to the last 10 years.

Officials say the reason for this is the need for this fruit in neighboring countries and solving the transit route problem with these countries.

This red fruit of Afghanistan has a special place in international markets beyond the borders of the country, but farmers and gardeners are still facing many problems to deliver it.

Gardeners say that the Afghan government should help them to solve these problems.
Currently, thousands of people are collecting and packing pomegranates in the gardens of Arghandab district, Kandahar. 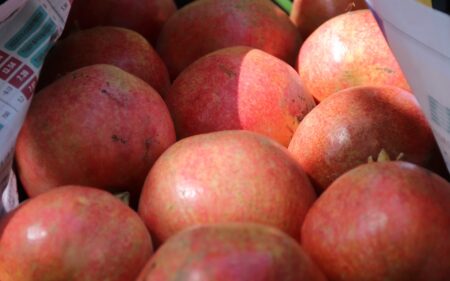 We went to a garden located in the Arghandab district, 25 kilometers west of Kandahar.

Karimullah, one of Arghandab’s gardeners, says that this year was not good for pomegranates.

Except for gardeners, pomegranate orchard workers also complain about the unfavorable labor market this year. They say that in the past they used to pay 400 to 600 afghan but now they pay 250 or 300 afghans. 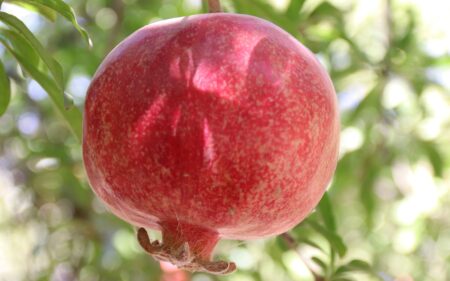 Pomegranate harvest takes from 80 to 90 days, but the workers say that this year due to the low harvest, their working days may be reduced. One of the workers says: We come and start our work separately in the garden, someone carries it in a cart, and someone fills the net.)

Engineer Abdul Baqi Bina, the deputy of the Kandahar Chamber of Commerce, says that last year only 651 tons of pomegranates were registered with it, which were exported to foreign countries, especially Pakistan, and most of the pomegranate gardens were on war zones. It was not possible to complete the registration process, that’s why the pomegranate was not registered with us more than last year, but it was still sent to other countries. ))

At the same time, the officials of the Chamber of Commerce say that although this year’s rain caused up to 50% damage to the pomegranate harvest, its export has not increased in the last ten years.

According to Bina’s report, 72,743 tons of pomegranates were exported from Kandahar to Pakistan and India this year, and this series of exports continues: (fortunately, we must say that this number of pomegranates has been exported to foreign countries.) 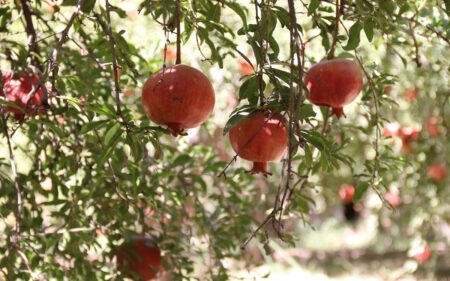 Most of Kandahar’s pomegranates are taken to Pakistan through the Spin Boldak district. According to gardeners, the biggest pomegranate market is in this country.

Mohammad Akram, a resident of Kandahar city, says that Kandahar pomegranate has a good market and fans in Kandahar, and a part of it should be allocated to our province: (Pomegranates are kept in Kandahar, there is not much price difference. It is cheaper here than in Pakistan.)

There are two large fresh fruit markets in Kandahar where pomegranates are bought and sold more than any other fruit.
This year, untimely and seasonal rains in the country, in addition to other losses, also caused a big shock to the country’s agriculture.

Residents of Remote Areas of Kandahar Need Female Doctors in Their Villages.