Girls Who are not Let to School Suffer From Psychological Problems

Some of the girls in Kandahar who have been banned from going to school say that their mental illnesses have made their lives difficult.

Nabila is a student in the 11th grade at Zarghun Anna High School. When schools for girls in the country were closed, Nabila was denied an education, and her hope for life was lost.

Nabila says that she follows the media every day to hear any news about the opening of schools, but according to her, since schools for girls in the country have been closed, female students have suffered a lot.

I am a student in the 11th grade at Zarghune Ana High School, I monitor the media, but when I don’t hear about the opening of schools, I get very disappointed. 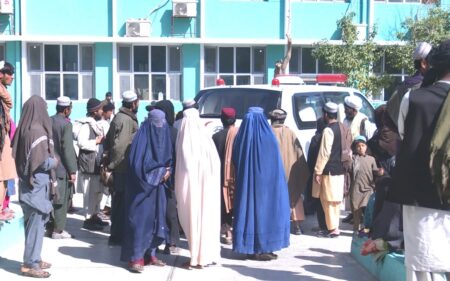 Nabila says that when she was banned from going to school, she got a mental illness and her family is also upset.

I suffer from mental illness, sometimes I cry, sometimes I laugh unnecessarily, I can’t sleep and my family is always in trouble.

Saeda is another student who has completed her education up to 12th grade. After the political changes in the country and the closure of girls’ schools, she sits at home and is deprived of education.

Our only hope is that schools will reopen as soon as possible.
40-year-old Fazilah, who currently owns a tailor shop, says that when her daughters were deprived of education, they became mentally ill.
Since my eldest daughter was banned from studying, this situation puts her under mental pressure day by day, that’s why I bring her to sewing.

Dr. Esmat, who is in charge of a private higher education institution in Kandahar, is concerned about the exclusion of girls from education. 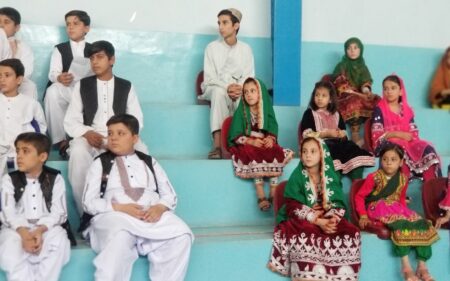 He says, if the situation continues in the same way and schools are not opened for girls, she will leave the country for the future of his daughters.

“If I have to, I will leave the country for my daughter’s education and go to another country where my daughter can study there”.

Residents of Kandahar also say that if the doors of schools are not opened for girls above the sixth grade, this action may affect the educational process of primary classes.

Shamsullah Kamran, a resident of Kandahar and a social activist, asks the Islamic Emirate to open the doors of girls’ schools.

Girls who go to school now, think that they are not allowed to study above the sixth grade, and they are very upset about this.

The Department of Education in Kandahar says that they are still waiting for the leadership’s order and when they give the order to open girls’ schools, the schools will be opened for all girls.

Earlier, Zabihullah Mujahid, the spokesman of the Islamic Emirate, said in a special interview with Radio Killid that work is being done to open girls’ schools at a high level and whenever the leadership decides, schools will be opened for all girls.

Afghanistan’s U-14 National Football Team will Play Against Iran

A Factory Run by a Woman

Border Clash Between Afghanistan and Pakistan

The Victims of the Recent Earthquake in Indonesia Increased

Anthony Blinken met Afghans in a Refugee Camp in Qatar