In the Soof area of ​​Awami district, two families known as Khans of Soof have been fighting over land for the past 13 years.

The families of Rostam Khan and Wali Mohammad Khan belong to the Popalzai tribe and there have been several armed conflicts between them in the last 13 years.

The enmity between the families of Wali Muhammad Khan and Rostam Khan is a land in the Soof region of the 7th district, which starts from Sofia High School and ends with the main road on one side and the mountain on the other side. Three people from each family were killed during the clashes. 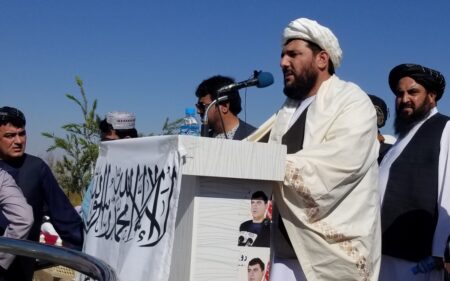 Ruhollah Khanzada, the former governor of Kandahar, Sayed Jan Zakerizwal, the former chairman of the provincial council, Maulavi Abdul Rashid, the head of Kandahar intelligence, and 19 other religious scholars and ethnic leaders have been mediators between these families.

(This land, which is expanded from the east to Soof High School, from the west to the castle of the late Haji Taleb, from the north to the mountain, and from the south to the public road of Soof, was divided into three parts, one part of which belongs to Rostam Khan and the second part belong to the heritage But Muhammad Khan and the rest on the mountain side were dedicated for public works.)

Ruhollah Khanzada, the former governor of Kandahar, says that he has been trying to solve the problem between these families for a long time. 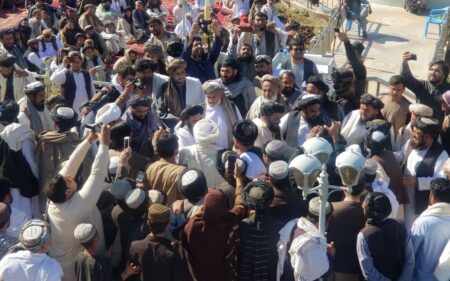 ((I tried to solve this conflict when I was in the parliament, I continued to do this after I got the position of governor, but finally I and other tribal leaders and religious scholars were able to solve this problem.))

Bashir Ahmad Basharmal, a family member of Wali Muhammad Khan, says he is so happy that has started a new life.
He stated that during the last 13 years, the elders, children, and women of the family have always been sad, and said: After that, there will be happiness in the family.

((Today I am really happy as if I am starting a new life, we will never be enemies again and we will live as friendly as before.))

Shafiullah, a member of Rostam Khan’s family, says that this 13-year-old enmity made his life so difficult that his children could not go to school.

He says that he will now start a new life and among other joys, he will enroll his children in schools.

((During the family conflicts, life was really hard for us, but now new happiness has come to our families, we will be sure of our business, our life, and our children will go to their schools without fear.))

Religious scholars say that according to Sharia, no Muslim should raise his hand against another Muslim and peace should be established between them.

Maulavi Seyed Mohammad Dawood Agha, a member of the Kandahar Religious scholars Council, says that God has commanded Muslims to forgive, and forgiving a Muslim brother is not weakness, but honor.

(Every person who forgives someone does not mean he is weak, but it means respect because the Prophet (PBUH) said that if you forgive, God will remember your respect.

Haji Sardar Mohammad, a tribal leader who participated in the peacemaking between these two families, says that jirga and negotiations are old Afghan traditions.
((After many consultations, we made peace between these families, they are one nation and one family, so now they continue their work and peaceful life))

Maulawi Abdul Rashid Munib, the head of Kandahar Intelligence, who participated in the peace and reconciliation jirga between these two families, says that such peace and reconciliation efforts are very useful for the society and they support them in every aspect.
((We strongly support this and will always support this peace and will not let them to be enemies again))
Tribal leaders and religious scholars say that they are also trying to solve problems among other tribes and turn old enmity into friendship.

Asafoetida, a Good and Profitable Plant

The Number of Covid-19 Patients and Victims Increased in China

Afghanistan’s U-14 National Football Team will Play Against Iran

Deterioration of the Situation in Afghanistan Due to Sanctions

Erdogan’s Warning to the United States, Turkey is no longer the Old Turkey!