A Factory Run by a Woman

A woman is in charge of a shampoo factory in Kandahar.

15 other women are also working in this factory and most of them support their families financially.

A woman from Kandahar has started a small shampoo factory in her home and created jobs for 15 other women.

The head of this factory is Saghi Jan. She says that about 300 liters of shampoo are produced in this factory every day.

According to Saqi Jan, he has now signed a contract with a company that sells the shampoo produced by them.

She added that 15 other women work with her in the factory and earn about 4000 AFN a month.

All the female employees in this factory are widows or helpless women, and some of their husbands are disabled and cannot work.

This factory was built three years ago by Saqi Jan at her own expense.

Saqi John says that she recently opened a shop to sell her products in the women’s market and sells this shampoo there. 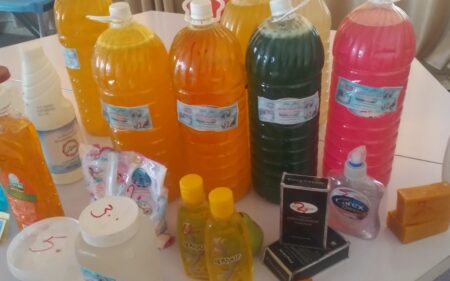 “These are the women who work in the factory and make this shampoo. Now I have opened a shop in the women’s market in Ainu Mina and sell there.”

20-year-old Hosna, who works in this shampoo factory, says that now she has fully learned how to make shampoo, and if her financial situation improves and she earns money, she will build a small factory. Now she is happy to get out of poverty and has a job.

“We used to be taught everything, but now we’ve learned. What kind of machine it should be put in and how it should be made, we’ve figured it all out.”

Zulqaida, who is the guardian of 6 children, also works in this factory and makes a living. She told Radio Killid about her bitter life in tears:

“I used to work in a house as a servant, but my father married me to my cousin, he does not work and does not treat me well”. 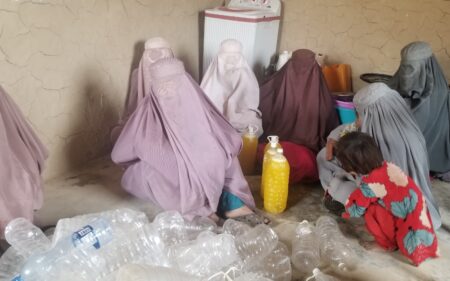 Sayed Sarwar Amani, head of Kandahar Industry and Trade, says that they welcome the beginning of such industrial affairs and try to employ more human resources.

He added: “Currently, our investors are trying to provide working positions to people and build factories, but the biggest problem is the lack of electricity. If this problem is solved, the industry will grow very quickly.”

The head of this shampoo factory says that if the government supports her, she will provide jobs for other homeless women in her factory.

It should be mentioned that after the political changes in Afghanistan, many women are kept at home and are not allowed to go to work.

But the Islamic Emirate says that they are committed to the right of women to work and study, and whenever the frameworks are provided, women will be called to work, but it is not clear when these frameworks will be provided.

The Export of Kandahar Pomegranate has Increased by 10 Percent